September is here and it’s back-to-school time! Whether you’re in high school or university, you’ve probably seen all kinds of promotional beauty and cosmetic advertisements by now. You might even want to try some makeup for the first time to help add a sparkle to your eye or a burst of colour to your lips. But before you do, read this blog post. It will provide to you a list of ingredients to avoid in the 3 most-used makeup items. We want you to look your best and feel your best for your education, so steer clear of the following ingredients!

The easiest item to just “grab and go” on a busy day, you might just want to think twice before using. Many drugstore concealers contain a potentially harmful ingredient called propylparaben, an ingredient you should definitely avoid! With a Dirty Meter™ rating of 9, propylparaben is a preservative and fragrance that disrupts endocrine functions – it has been found in breast cancer tumours and is linked to decreased male reproduction functions.

In the European Union, propylparaben is a Category 1 substance, a substance “for which endocrine activity have been documented in at least one study of a living organism” and is given the “highest priority for further studies." Propylparaben is banned in Denmark. Yikes! When reading your ingredient label, make sure to avoid any products with this ingredient.

It might be compelling to give your eyelashes a boost, but try to avoid that temptation if the ingredients contain mercury.A known neurotoxin, mercury is used as an anti-bacterial agent and preservative in cosmetic products. In 2013, the Minamata Convention on Mercury was held in Geneva. A global treaty to limit the usage of mercury, the convention banned mercury in lightbulbs, batteries, and other devices … but not in mascara. What?!

Passed in 2013, the treaty exempts mascara from the mercury ban because "no effective safe substitute alternatives are available.” However, Stacy Malkan, co-founder of Campaign for Safe Cosmetics, contests this decision. According to Scientific American, she says there is no reason mercury should exist in mascara “because most companies already have found alternatives.”

You know the old trick – if you’re tired and not looking your best, throw on some lipstick and no one will even notice your dark circles. But is this really the best advice if your lipstick has enough toxins to harm you?

Turns out the fear about lead is true. In 2007, the Campaign for Safe Cosmetics independently tested 33 popular lipstick brands for lead – and more than half of them contained it. Brands such as L'Oreal, Cover Girl, even Dior. The kicker? None of these brands listed lead in their ingredients list, but the amount of lead their products contained were as much as ten times higher than the U.S. Food and Drug Administration (FDA) limit in candy. When the FDA conducted their own study, they found that hundreds of lipsticks contained lead, and Maybelline Colour Sensation contained the highest amount. With the daily application and touch-ups of lipstick, no amount of lead is safe for the body as lead accumulates in our bodies over time.

So there you have it!

The 3 most popular makeup products and their harmful ingredients. You know which drugstore ingredients to avoid – now which healthier alternatives to use? We’ll make picking your alternative products easier by choosing them for you. Here are our favourite recommendations for concealer, mascara, and lipstick. 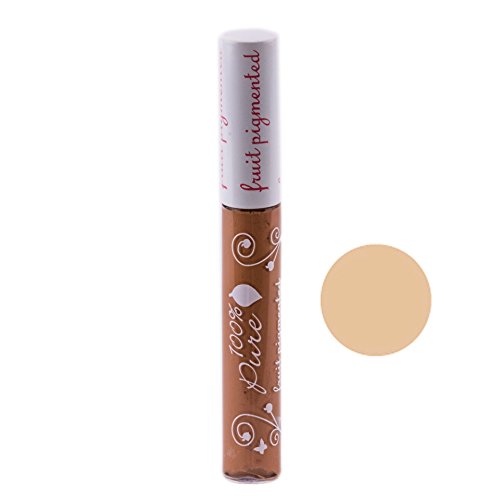